The medical name for the thigh bone, which is the longest bone in the body. The lower end of the femur hinges with the tibia to form the knee joint. Te upper end is rounded into a ball that fits exactly into a socket in the pelvis to form the hip joint.

The head of the femur is joined to the bone shaft by a narrow piece of bone called the neck of the femur, which is a common fracture site. St the lower end, the bone is enlarged to from two lumps that distribute the weight-bearing load through the knee joint. On the outer side of the upper femur is a protuberance called the greater trochanter.

The shaft of the femur is surrounded by muscles that move the hip and knee joints. The shaft is also well supplied with blood vessels, therefore a fracture can result in considerable blood loss.

A break in the femur (the thigh bone). The symptoms, treatment and possible complications of a fracture depend on whether the bone has broken across its neck (the short section between te top of the shaft and the hip joint) or across the shaft.

Fracture Of Neck Of Femur

This type of fracture, which is often called broken hip, is very common in elderly people, especially in women with the bone disorder osteoporosis. It is usually associated with a fall. In a fracture of the neck of the femur, the broken bone ends are often considerably displaced, in such a cases there is usually severe pain in the hip and groin, making standing impossible. Occasionally, the broken bone ends become impacted. In this case, there is less pain, and walking case, there is less pain and walking may be possible.

The diagnosis is confirmed by X-ray. If the ends of the bone are displaced an operation is necessary. Either to realign the bone ends and fasten them together or to replace the entire head and neck of the femur with an artificial substitute. If the bone ends are impacted, the fracture may heal naturally, but surgery may still by recommended.

Fracture of Shaft of Femur

Fracture of the bone shaft usually occurs when the femur is subjected to extreme force, such as that occurring in a traffic accident. In most cases, the bone ends are considerably displaced, causing severe pain, tenderness, and swelling. With a fractured femoral shaft, there is often fractured femoral substantial blood loss from the boss.

Read More: 5 Easiest Ways to be Healthy in Busy life

A nonsteroidal anti-inflammatory drug (NSAID) that is used to relieve pain and stiffness caused, for example, by rheumatoid arthritis, osteoarthritis, and gout. Fenbufen is also used to reduce pain and to help speed recovery following muscle and ligament sprains.

In Common with may NSAIDs, fenbufen can cause irritation of the stomach lining and may also cause a rash. 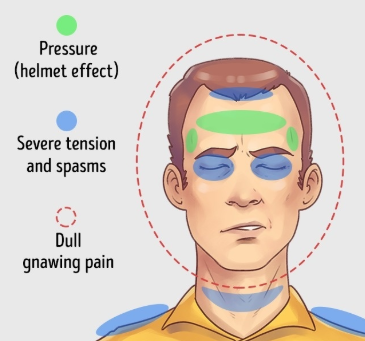 3 Best Ways Get Rid of a Headache